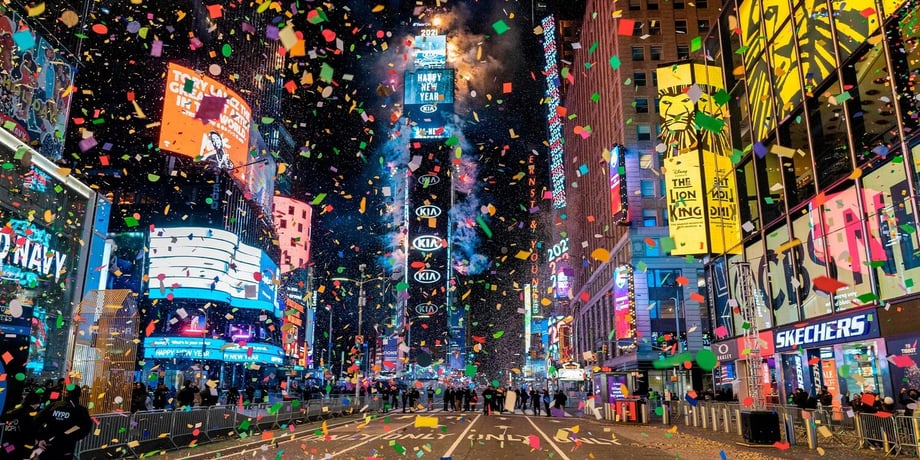 New Year in NYC: The Most Attractive Events In The City

It’s almost that time of year. Almost time to enjoy parties, champagne toasts, midnight kisses, and resolutions for the future—all the ingredients that make for a perfect New Year’s Eve.

Less than a month from now, New York City will burst with cheers and fireworks to celebrate 2023. It’s the perfect place to be for the turning of the calendar. From Times Square ball drop-adjacent celebrations to sophisticated galas and nightclub revelry, there are thousands of things to do in New York City this New Year’s.

Count down to midnight this year in the city that never sleeps. Here are some of the most attractive New Year’s events in New York.

Every year, the Times Square ball drops, and the world watches. No New Year’s in New York events list would be complete without this one: the most famous of them all. As the clock strikes twelve, the iconic crystal ball above One Times Square drops, a symbol of the new year for the millions of people who tune in to see it.

You don’t have to just watch it on TV, though—stay in New York for the holidays and head to Times Square before midnight on the 31st to see this time-honored tradition in-person. Nearby bars and restaurants will also be taking part in the fun. Party venue Yard House, less than a block away from the ball drop, will be hosting an exclusive open-bar celebration, as is Blue, a glitzy nightclub.

Looking for an even more VIP ball drop viewing party? R Lounge is your answer. This refined event space is at the heart of Times Square, directly facing the ball drop, and the celebration includes lavish hors d’oeuvres, desserts, live entertainment, and a premium open bar.

A Magical, Musical Night at The Iridium 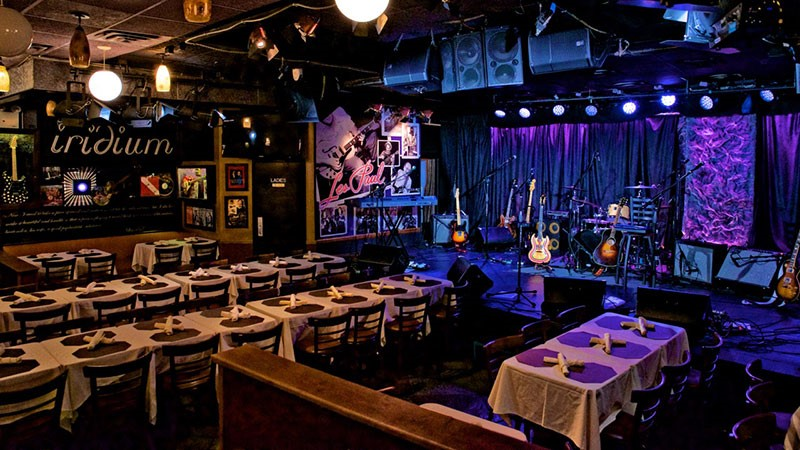 Music lovers will love The Iridium’s New Year’s Eve party—this musical institution is offering guests dinner, disco, drinks, and dancing this December 31st. Tickets include a three-course meal, an open bar, and the opportunity to listen to some stunning live performances.

The night’s entertainment includes THE TRAMMPS, a legendary dance music group with hits like “Disco Inferno” and “Sixty Minute Man,” as well as MUSIQUE, a world-renowned squad of female vocalists. Both groups rose to fame in the seventies, and their music will take you straight back to that simpler era.

New Year’s Eve on the Water

The closest thing there is to a front-row seat for the New Year’s Eve fireworks is a spot aboard a nighttime cruise on the Hudson River or the East River. City Cruises, a co-sponsor of the fireworks display, is hosting multiple premier dinner cruises with three-course meals, live pianists, and a full bar. Lasting from 9:30pm to 1:00am, this is an incredible way to ring in the New Year—complete with a sparkling wine toast at midnight.

On Top of the World

With a panoramic view of the New York City skyline and the East River, rooftop bar and lounge Ophelia is an unforgettable place to spend the last hours of 2022—and the first hours of 2023. The bar is hosting both a sunset soirée, for revelers who want to head off to another event, like the ball drop, as well as a late night bash for those who want to count down to midnight at the top of the tower. This opulent, illuminated lounge is offering revelers a four-hour open bar, live DJs, passed hors-d’oeuvres, and a midnight champagne toast—the perfect recipe for a New Year’s Eve bash.

There are other rooftops with equally dazzling celebrations, too. SUMMIT One Vanderbilt, for one, will be hosting a party on their observation deck, as will the famous 230 Fifth.

Spend your New Year’s with The Lucerne. Book now!